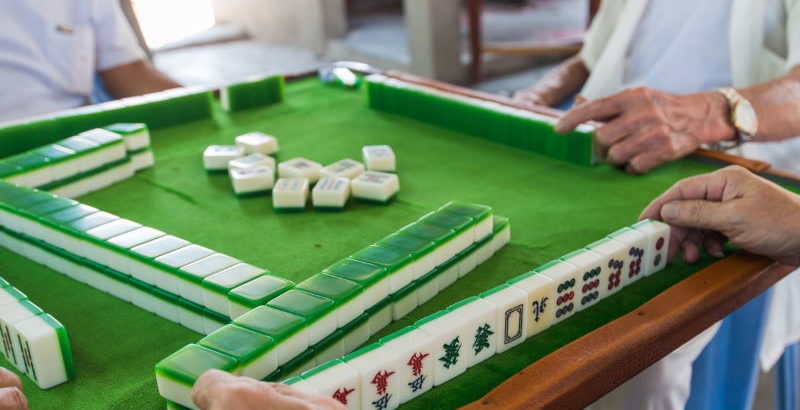 A description of the types of tile sets used in different versions of Mahjong and Mahjong Solitaire.

Mahjong tiles originate in China and are used to play the games of Mahjong, Mahjong solitaire, and also a variety of other tile-based games.

The exact number of tiles varies depending on what version of Mahjong is being played, but there are usually at least 136 tiles – and most commonly 144. Sets originating from America or Japan have more tiles.

The tiles each have special symbols engraved or pressed into them. The choice of symbols varies depending on what version of the game is being played. Mahjong tiles are organized into several categories: suited tiles, honor tiles and flower tiles.

There are three money-based ‘suits’ of tiles; the Circle Suit, the Bamboo Suit and the Character Suit. Each has tiles ranked from one to nine.

There are four tiles of each rank and suit combination, thus 36 tiles in a suit, and 108 suited tiles in total. To refer to a suited tile, the rank is named, followed by the suit, for instance “1 Bamboo”. The ones and nines of each suit are collectively referred to as the “terminal tiles”.

Tiles in the circle suit show from 1 to 9 red and/or green circles, arranged rather like the dots on dice.

The odd numbered tiles include some red sticks.  Some sets may also include blue sticks on certain tiles. The 1 Bamboo, which is represented by a bird, is often referred to as the ‘Sparrow’.

Honor Tiles do not have a rank or suit. They are divided into two categories, Wind tiles and Dragon tiles.

The Wind tiles have four types of symbol corresponding to the points of the compass – North, East, South and West – written in blue traditional Chinese characters. There are 4 of each type, so 16 Wind tiles in total.

There are three types of Dragon tiles:

Flower tiles usually show artistic pictures of flowers in many colors, but some sets use other non-floral themes (although they are still known generically as ‘Flower’ tiles).

Depending on the version of Mahjong there will be at least 2 groups of flower tiles. Each group contains four unique tiles, differentiated by the numbers 1 to 4, or by some other means.

The symbols used vary depending on the game version: