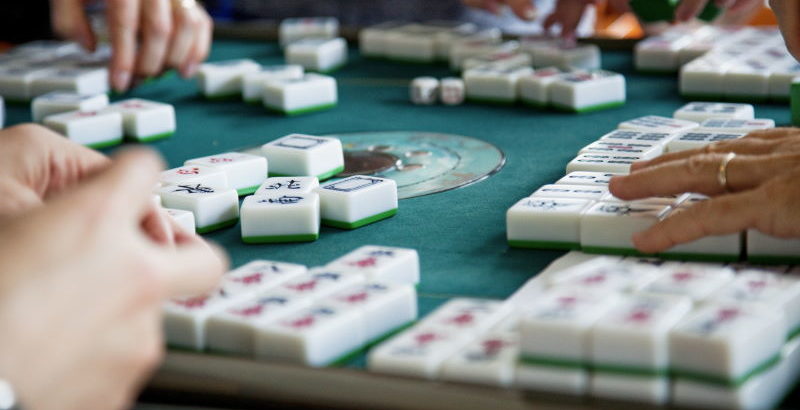 Though variants of mahjong games are being introduced time and again, there are only four variations that are widely accepted among players:

Chinese Classical Mahjong is known to be the oldest version of the game. This was the first mahjong game version introduced in America and became the model for many forms that were created since then.

Cantonese Mahjong also goes by the name of Hong Kong Mahjong game. It is the most common variety and only posses slight differences as compared with the classical version.

Japanese Mahjong is the most commonly used form of mahjong game among Japanese. This includes rules and scoring guidelines that have been standardized and used in video games. The riichi and dora mark the highlights of the game.

Western Classical Mahjong is the version that was revised from the Chinese classical and was introduced in America. Bobcock made the changes in this American version in 1920s. And his version was adopted and recreated by players in the later years.

Other major mahjong versions include:

Because of the diversity that was created from the original mahjong game, a set of international standard rules was created to regulate range of versions. These are highly pattern-based and were fashioned after the modern Chinese variants and the classical version.

However, there are rules that were adopted from Japanese mahjong game like that of the minimum score of 8 points before going out. Also, the additional scores earned from the flower tiles. Each flower tile corresponds to 1 point. Yet, unless the player scores at least 8 points, his flower tiles will not be given due credit.

Another rule that was adopted was the retention of the score earned through the winning hand of the player who discarded the winning tile plus 8 points each from each losing player. If for instance the win is zimo or self drawn win, the value of his winning hand will be the score basis plus 8 basic additional points from the losing players.

This new standard of rules was first employed in 2002 when the first World Mahjong Championship was organized. This was through the efforts of the Mahjong Museum, the city council of Ningbo, China (believed to be the place of origin of the game) and the Japan Mahjong Organizing Committee.

Player from China, Europe, Japan and America participated in the event and Miss Mai Hatsune was the very first World Mahjong Champion. This event was followed by the Annual Mahjong World Championships in Hainan, Hong Kong and Beijing respectively.

The western version of World Mahjong Tournament was held in Netherlands in 2005. More than 100 players participated in the event that was called Open European Mahjong Championship where Masato Chiba of Japan claimed the 1st prize.

The standardization of the game gained little popularity in comparison to what has been existing prior to the revision of the classical game. Mahjong game purists comment that the new set of rules is much more complicated than the already complex rules used in the varieties of the game.

But the advocates of the present day rules say that the aim of the new rules is only to set a specific standard for which willing-to-adopt and new players may follow.