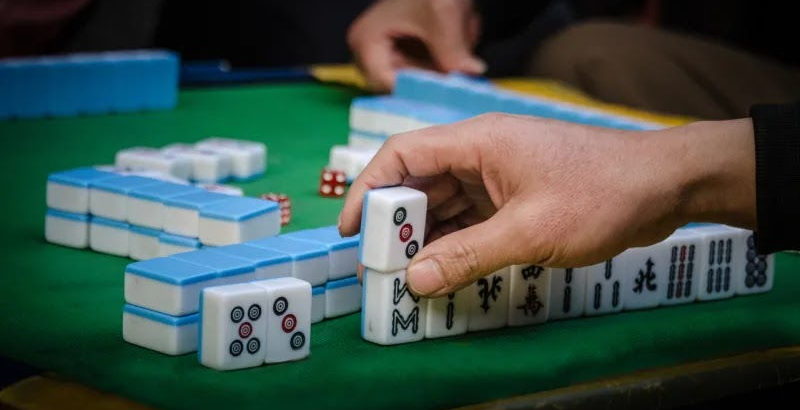 Mahjong or Mahjongg as it’s sometimes known as is a traditional Chinese game that is suitable for all ages and comprises skill, strategy and calculation in order to defeat your opponents. The element of luck can play a major factor in this game which makes it a very addictive game that is often played for money.

Mahjong games are so popular across the globe because there are so many different variations so everyone can find a relevant game to suit their style and you can guarantee that you will not get bored.

The Goal of Mahjong

The overall aim of all of the Mahjongg games is to comprise complete suits or sets with your 13 or 16 tiles depending on the variation you are playing. In total there are around 12 different commonly played variations of the Mahjong game, there are many more that have been created to add different concepts of this game.

If you are unsure of these variations you can always check up online or in books giving tips, tricks and the general rules of each game. In the olden days you simply used tiles or cards to play Mahjong but as technology has improved and the use of the computer has become more popular than ever you can even get computerised variants of this game allowing you to play by yourself.

Classic Board Mahjong – The Traditional Variant

The normal game that everyone liked was designed to allow two to four players to compete against each other to find the ultimate Mahjongg player. As mentioned above this game is now available to play on your computer which means one person can take on the artificial intelligence if no one else is around, this means anyone can get great practice before you take on your friends, family or even enter competitions.

It also will allow players to connect to the internet and play against people across the world in the comfort of their own home. This has become very popular in today’s world as it will allow people to enter competitions and compete for money playing the game they love and have practiced to become a skilful player.

The online/computerised version still keeps the important concepts of the original Mahjongg games so you will be able to install it and play if you are acquainted with the rules of the desired variation. One of the best benefits you will get from playing this version is the setup time is dramatically reduced compared to the average 5-10 minutes it takes setting it up.

This is because everything will be done by the computer within a split second and you can guarantee that the tiles are fairly distributed and no corruption can occur between the players. You still need the same skills to become good at this game online, tactics, observation and a lot of memory is involved if you want to have a good chance of winning. Another benefit is the time it takes to complete a game, the original game could last up to three hours roughly depending on the skill, characteristics and amount of opponents you are playing with.

The speed of the computerised version of Mahjong games is drastically increased as the computer can think more than a hundred times quicker than any human player so it can decide its move within seconds so you can play a lot more games in the same amount of time which will help you learn from your mistakes and improve your overall skill at this game.

Not Always a Bed of Roses

The same problem can arise when playing online because people can take a long time to respond depending on their skill level. This can cause frustration because more times than not you will have never met your opponents so you don’t know if this is their first game.

Another problem you may face is that because you cannot see your opposition you don’t know how they are likely to think, you don’t know how old they are or their skill level so you have to play your best at all times. Especially if you decide you want to play for money because people can get addicted to online play and end up losing a lot of money if you don’t have the required level of skill to beat your opponents.