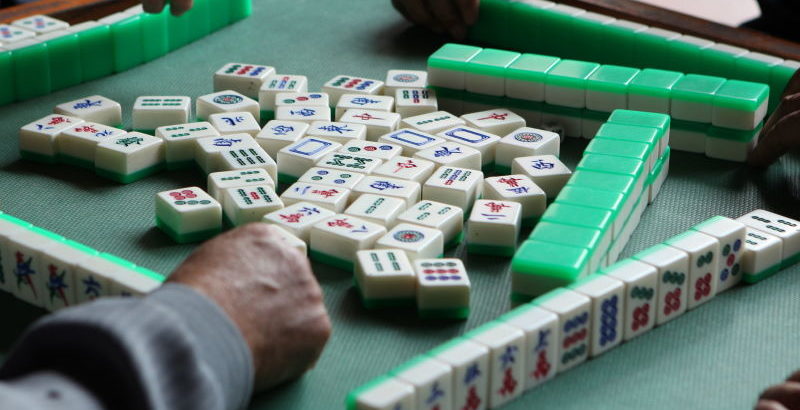 Describes the pieces of equipment required to play Mahjong. 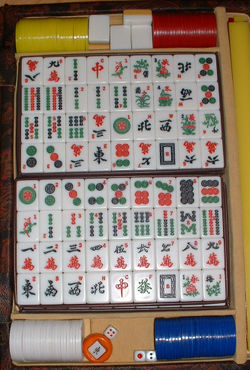 Mahjong can be played either with a set of Mahjong tiles, or a set of Mahjong playing cards (sometimes spelled ‘kards’ to distinguish them from the list of standard hands used in American mahjong). Playing cards are often used when travelling as it reduces space and is lighter than their tile counterparts.

Many Mahjong sets will also include a set of chips or bone tiles for scoring, as well as indicators denoting the dealer and the prevailing wind of the round.

Some sets may also include racks to hold tiles or chips (although in many sets the tiles are generally sufficiently thick so that they can stand on their own). One of the racks will be different from the rest, to denote the dealer’s rack.

The set of Mahjong tiles used differs from place to place. There are usually at least 136 tiles, most commonly 144. Sets originating from America or Japan have more. Within the set there are a number of different types of tiles.