Note: Kong88.com does not accept cash players from the US or Canada. 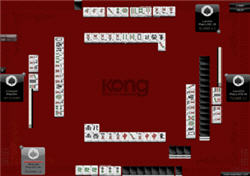 You can play for fun (no cash & prizes) for FREE or you can pay to participate in tournaments and win cash and prizes!

Promos vary, but when we looked they had these running: